Chrome’s Incognito gives you an extra layer or privacy when browsing:

Many folks use Google Incognito for viewing content they’d rather keep private and for using multiple logins on a site simultaneously.

Whenever you don’t want your browsing history to be saved, launch a Chrome Incognito window first.

Where is Incognito in Chrome?

First, go to the Chrome menu. It’s the “three vertical dots” in the top right of your browser.

When the menu opens, you’ll see an option for “New Incognito Window.” 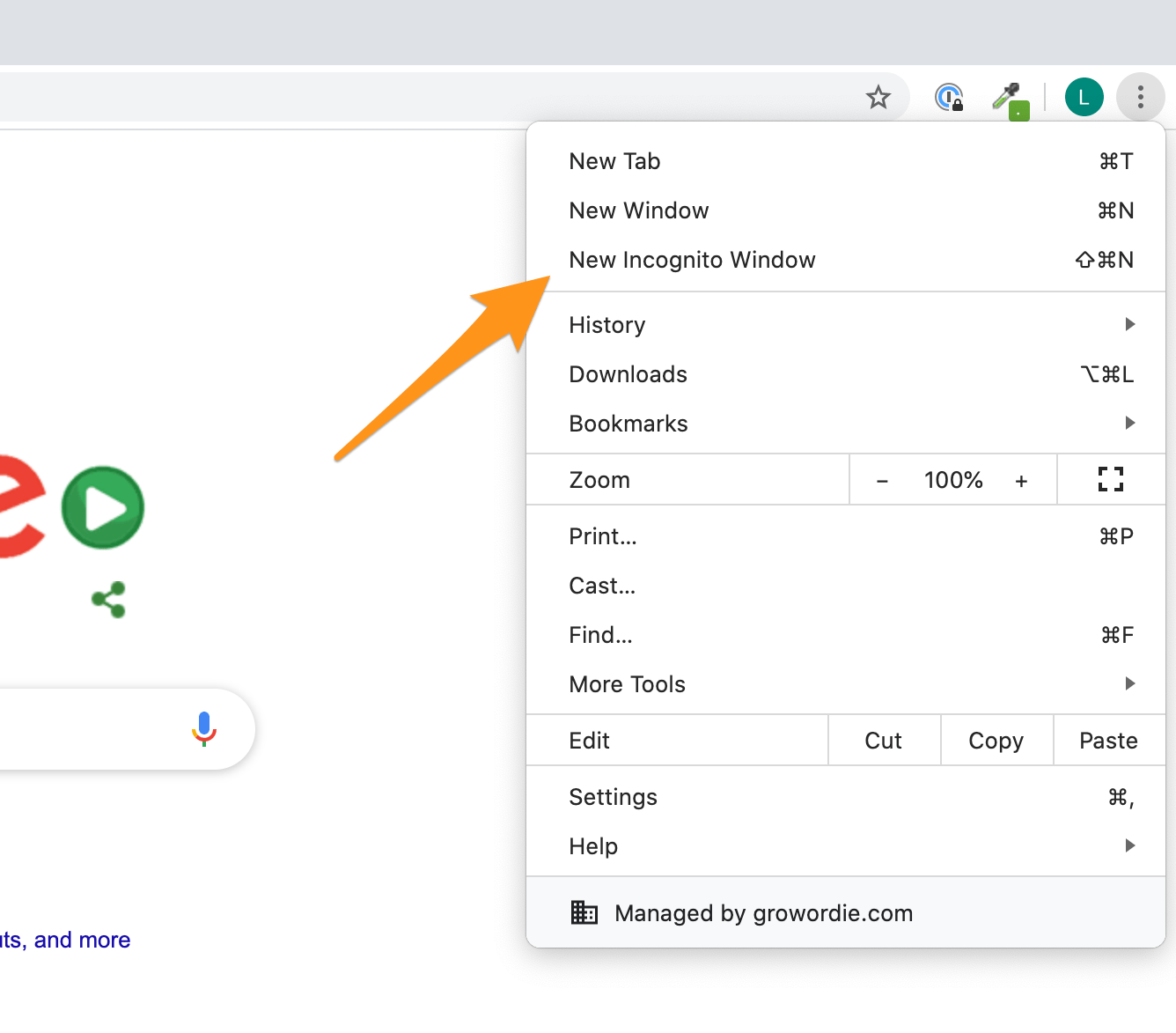 A new window will open that is now incognito. All your browsing in that window, including any new tabs that you open, will be more private.

Chrome’s Incognito works the same on Linux and Chromebook as it does on Windows machines, including the same keyboard shortcuts.

Open the Chrome iOS app and, if you need to, sign in to your Chrome account. Open the Chrome menu at the top or bottom right-hand corner of your Chrome window, depending on which iOS version and device you’re using, and select “New Incognito Tab.”

To close your Incognito session, close all your open Incognito tabs.

If you want to keep using Chrome without having to restart the application, open a new normal window by choosing “New Tab” from the Chrome menu. Then tap the square with a number in it at the top or bottom of your Chrome window. All your open Chrome tabs, normal and Incognito, will be displayed, and you can close the ones you don’t want without closing and restarting the application.

Your Incognito session and all its associated browsing data will be lost when you quit Chrome.

You can move between Incognito and normal Chrome: tap the tabs button next to the Chrome menu and swipe sideways to see your Incognito tabs stacked next to your normal tabs.

When you close an Incognito session, all your browsing data will be deleted.

Be aware that autofill data like search queries that you have typed will often be saved by your device’s keyboard application, and Chrome can’t delete this. You’ll have to go into Settings and manage your device’s input settings there.

How does Incognito mode work?

You’ll know you’re dealing with an Incognito tab because the default Incognito warning will be displayed as your start screen: 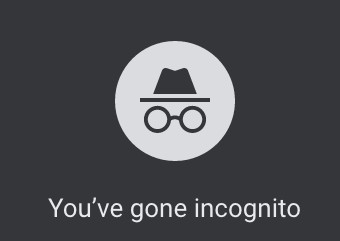 And you can check that your current tab is Incognito, regardless of what’s displayed in it, by checking the Chrome menu bar. Next to the Omnibar, you’ll see this:

Incognito windows are dark-mode by default, though that doesn’t affect the content displayed on them. Your profile and settings won’t usually be available in Incognito mode, but your bookmarks will be.

What does Chrome Incognito protect you against?

Incognito mode was designed to protect you against other users of the same computer. It doesn’t store cookies, form information, or browsing data from your Incognito session.

Cookies are small fragments of code downloaded from websites you visit and used to identify you to that site and to other sites. Cookies can be used to track you around the web, as well as to re-identify you to websites you revisit so you can be presented with the appropriate content—similar items to those you bought previously, for instance. Incognito mode collects cookies as normal but erases them automatically when your session finishes.

If you close an Incognito session it’s lost forever from Chrome and your computer’s operating system. Only forensic data recovery techniques can recover your browsing data.

Incognito mode offers you some protection against ad tracking and retargeting. If you’re shopping diamond rings, but you’d prefer that to remain a surprise, you’re going to have a hard time with that in normal Chrome; ads from sites you’ve visited will pop up everywhere. If you shop in Incognito mode, you won’t see so many ads. Third-party sites like Facebook still track you and will still advertise to you, though.

What does Chrome Incognito NOT protect you against?

Chrome Incognito does not protect you against:

Other users on the same network might be connected to the same public wifi as you. Chrome Incognito doesn’t encrypt or anonymize your data, or conceal your identity or location. It’s as trivially easy to eavesdrop on you when you’re using Incognito on a public wifi network, as it is when you’re using Chrome as normal. Or other users could be your employer, school, or network administrator, who can see your browsing activity just as easily.

You should also be aware that network infrastructure such as routers record your connections when you’re using Incognito mode, just as they do when you’re not. So while no record of your browsing activity exists on your computer, such records are stored elsewhere.

Your ISP can see everything you do online and keeps these records for undisclosed periods, sharing browsing data in a sometimes-opaque manner and selling browsing data to third parties. Chrome Incognito does not offer any protection against this because it doesn’t anonymize your browsing or encrypt your traffic. Your ISP can also automatically detect your connections and the type of traffic and throttle your connection to certain sites. Incognito mode does nothing to prevent this either.

The websites you visit can see some information about you, like your IP address, technical details about your computer and browser, and the details of the process that led you to the website. They usually can’t see more than this, and won’t know your identity or browsing history, unless the cookies they download onto your computer are malicious.

Viruses and malware can be downloaded onto your computer disguised as legitimate downloads, cookies, and many other ways. Chrome’s Incognito mode does not protect you against viruses and malware. If you think you may have picked up something nasty online, your first line of defense is Chrome’s built-in cleanup tool.

The gold standard for privacy protection online is a powerful VPN that offers obfuscation which conceals the fact that you’re even using it. Traffic is encrypted, your location and identity are concealed, and you can move your virtual location at will.

While a standalone VPN is always going to be more powerful, some of the best choices on the market have convenient browser extensions, and Chrome VPNs offer far more privacy than Incognito mode alone.

Remember, if you don’t want a local record of your activity in your browser’s history, you should still use Incognito mode. For more granular control, consider managing your Chrome cache and search history manually.

If you’re concerned about advertising tracking, you can manually manage your cookies in Chrome, and a VPN offers some protection against advertising retargeting. Incognito mode will prevent new cookies being added while you’re using it, but it won’t stop the old ones from tracking you. To really get control over the ads you see, consider getting an ad blocker for Chrome.