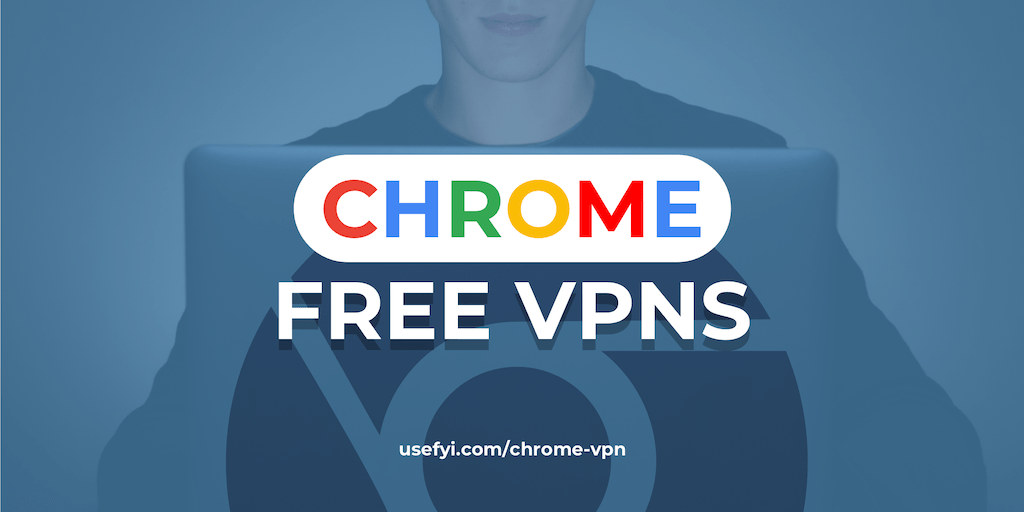 Advertisers, governments, schools, and companies are watching where you go online. While advertisers just want to follow you around and sell you stuff, your school or company might block certain websites so you can’t access them.

This is often done in a heavy-handed, thoughtless way. Either by using algorithms to block entire topics or by blacklisting individual sites. The Chinese government, for example, blocks every Google domain. That includes Gmail. If you’re traveling to China and use Gmail, it’s nearly impossible to do your job while traveling.

You can also find that you’re barred from websites and content based on your location. Netflix, for example, serves completely different content based on your location. You might be halfway through an amazing series and then lose access by traveling to another country. The reverse is worse. I’ve come across amazing shows while traveling, got halfway through, and then lost access once I got home when I didn’t even realize the country access was different.

So how do we get around these restrictions?

Use a VPN (Virtual Private Network).

Strictly speaking, there’s no such thing as “Chrome VPN,” but plenty of VPNs have a Chrome extension that lets you control the VPN through your browser. Many are completely free too. If you want easy access to the sites you want, wherever you are, they’re great choices.

First, a word of caution…

Paid VPNs are subscription services. They own servers, have employees, and incur other costs in order to provide the VPN service. Free VPNs get their revenue elsewhere. Some sell your data, some show you ads, some are freemium versions of paid VPNs.

In general, if you’re worried about privacy and security, get a paid VPN. I highly recommend going with ExpressVPN.

If you’re not worried about your private data and just want to get around site blocks without having to pay anything, consider one of the free options. 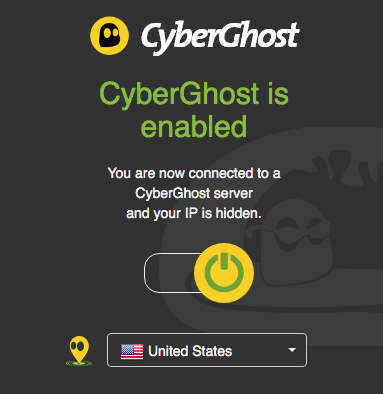 Install from the Chrome store and fire it up from the extension bar. Choose your server location by clicking on the one that’s currently active.

Under the hood, CyberGhost’s Chrome extension is built on the Ethereum blockchain, meaning it’s one of the most private options out there.

They do warn you upfront that “this browser plugin is not secure when accessing Flash content and does not protect you from webRTC leaks.” It’s also not good at unblocking streaming sites. 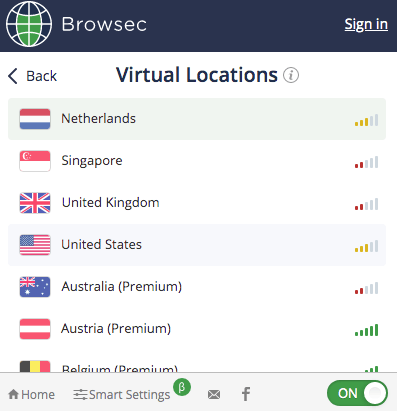 Browsec is faster than most free VPNs, secure, and easy to use.

Install the extension and then click on it. You don’t need to be signed in or have an account to use the Chrome extension. Location is reliable between websites, there are plenty of servers to choose from, and the interface is simple and intuitive.

I strongly recommend not using this service for anything sensitive. Since it’s located in Russia, I would assume anything you’re doing is being tracked. 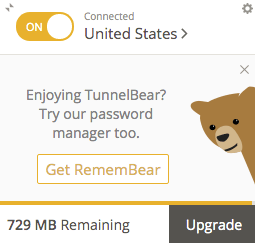 TunnelBear is a real VPN with a  Chrome extension. Unlike most premium VPN services, TunnelBear has a free account with a data limit instead of a time limit. If you want a real VPN’s power and control, but only occasionally, TunnelBear will work for you.

Install the extension, click on it and you’ll be asked to create an account. All you need is your email address, and when you confirm your free account you’ll get access to the 500MB a month that comes with a free account.

Be warned, doesn’t play that well with some other Chrome extensions — when we tested it, Ghostery and OneTab crashed. 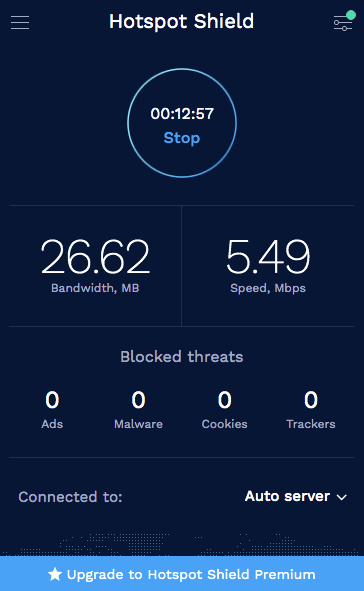 HotSpot Shield is a freemium tool built around its Chrome extension, with no data or time cap.

Install the extension and you’re guided through a five-screen onboarding flow in the extension itself before you connect. You can choose your server by clicking on the one you’re connected to.

You’ll also see options for a cookie blocker, malware blocker, RTC protection, and a tool called Sword that creates spoof traffic while you browse to confuse trackers trying to identify you. 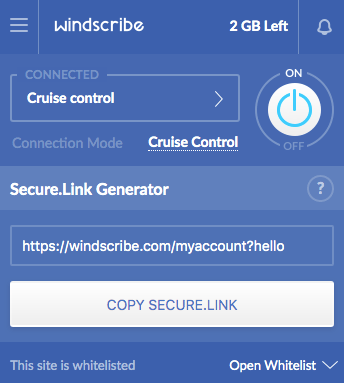 You get 2GB of free data with WindScribe, but they do their best to help you make the most of it. The default setting is “Cruise Control,” which doesn’t use any of your data allowance until you encounter a blocked website. When that happens, Windscribe flicks itself on automatically to get you access, choosing the appropriate server location to get you access.

The custom-tailored servers for Netflix are great too. If your primary goal is to get access to different Netflix regions, definitely consider this VPN, it makes that process super easy.

What if the website you want to view is still blocked?

Websites like YouTube and Netflix are engaged in a kind of arms race with VPN users, many VPNs are blocked by these sites. If you’re doing a lot of unblocking, or you want to unblock sites that are particularly VPN-proof, go with a paid VPN. 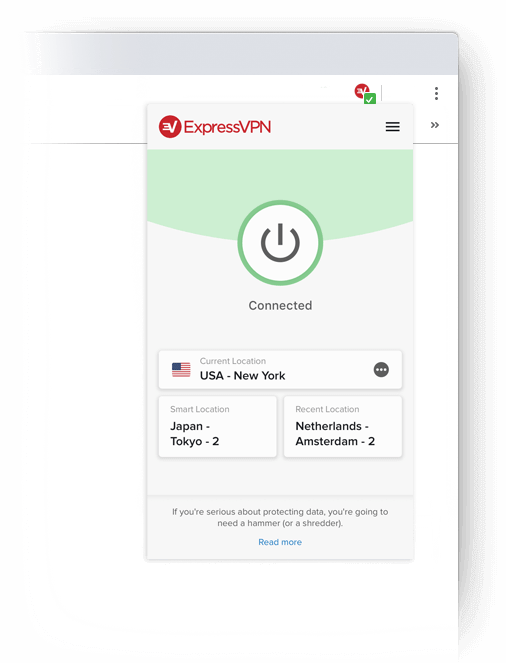 Living up to its billing, this is the fastest full-featured VPN out there. It has an effective stealth mode so watchers won’t even know you’re using a VPN, solid encryption, and reliably unblocks everything on the internet.

There’s a Chrome extension but you need a subscription to use it. The desktop and mobile apps are easy to use too. It’s priced at $12.99 a month or $9.99 per month for a six-month subscription.

If you’re going to be using a VPN heavily, I highly recommend going with ExpressVPN.