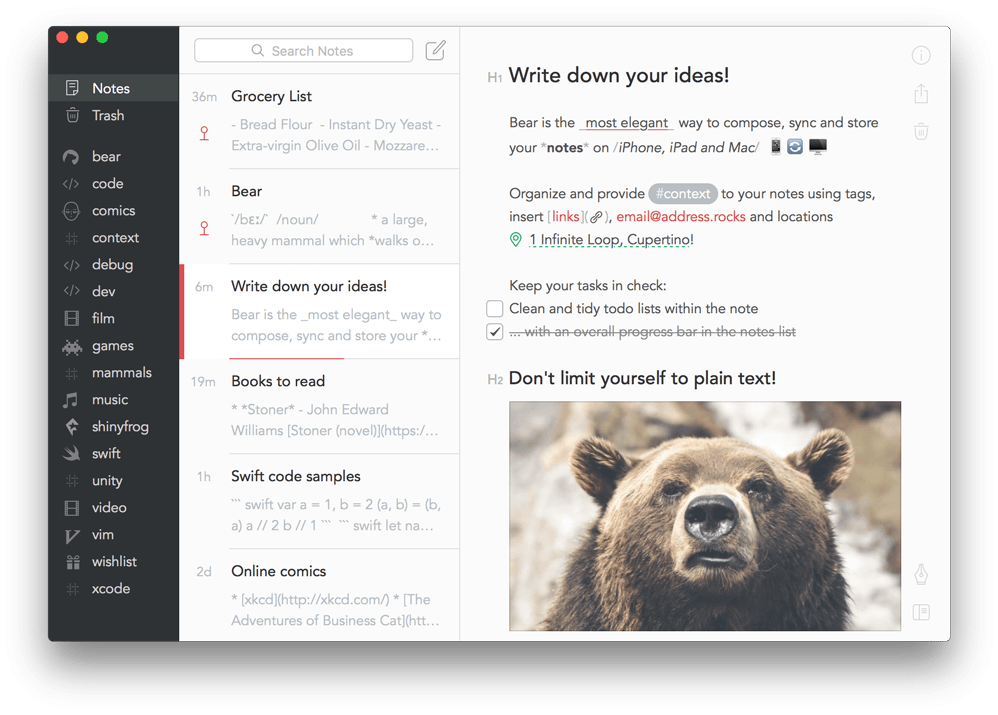 When note-taking app Evernote launched back in 2004, it was a bold, innovative software product that promised to help us remember… well, everything.

In 2004, Evernote was in the enviable position of being first-to-market. Evernote was among the very first software products to offer native apps for Windows, OS X, Android, and iOS. It was one of the first tools to offer cloud syncing as a baseline feature. The earliest versions of Evernote were incredibly generous in terms of how much storage users were given for free.

Fast-forward to today. Evernote is still around, but it’s a shadow of its former self. It’s much more expensive than it used to be. Some legacy bugs and stability issues still haven’t been fixed. Even Evernote’s Business plan offers very little value for teams.

Now there are dozens of note-taking apps and organizational tools we can use to keep our digital lives in order. But which Evernote alternatives are worth looking at and which should you avoid?

That’s exactly what we’ll be looking at in this post.

Below, we explore three Evernote alternatives and offer a rundown of each. We’ve examined each tool’s strengths and weaknesses relative to Evernote. By the end of this post, you’ll have a much better idea of how these tools stack up and how they can help you organize your digital life.

The first alternative to Evernote we’ll be looking at is Bear by app development studio Shiny Frog. Of the three Evernote alternatives we’ve reviewed, Bear is the “purest” note-taking app of them all.

The first thing you’ll probably notice about Bear is that it looks a lot like a mash-up of Slack and a generic email client. This isn’t necessarily a bad thing. In fact, the simplicity of Bear’s sleek, minimal UI––and its simplicity as a whole––is one of the app’s major selling points.

One of the biggest problems with Evernote in recent years is bloat. Bear was seemingly designed with this in mind. Bear might not have as many features as Evernote. But it runs a lot faster––so much faster that most long-time Evernote users will probably feel the difference immediately.

This is especially true on mobile. Bear’s mobile app, which is only available for iOS, feels a lot faster than Evernote. Its mobile UI is similarly quick, utilizing familiar slide-and-swipe gestures to sort, delete, and pin notes. The icons used throughout the app are intuitive and the app does a decent job of walking new users through its features. 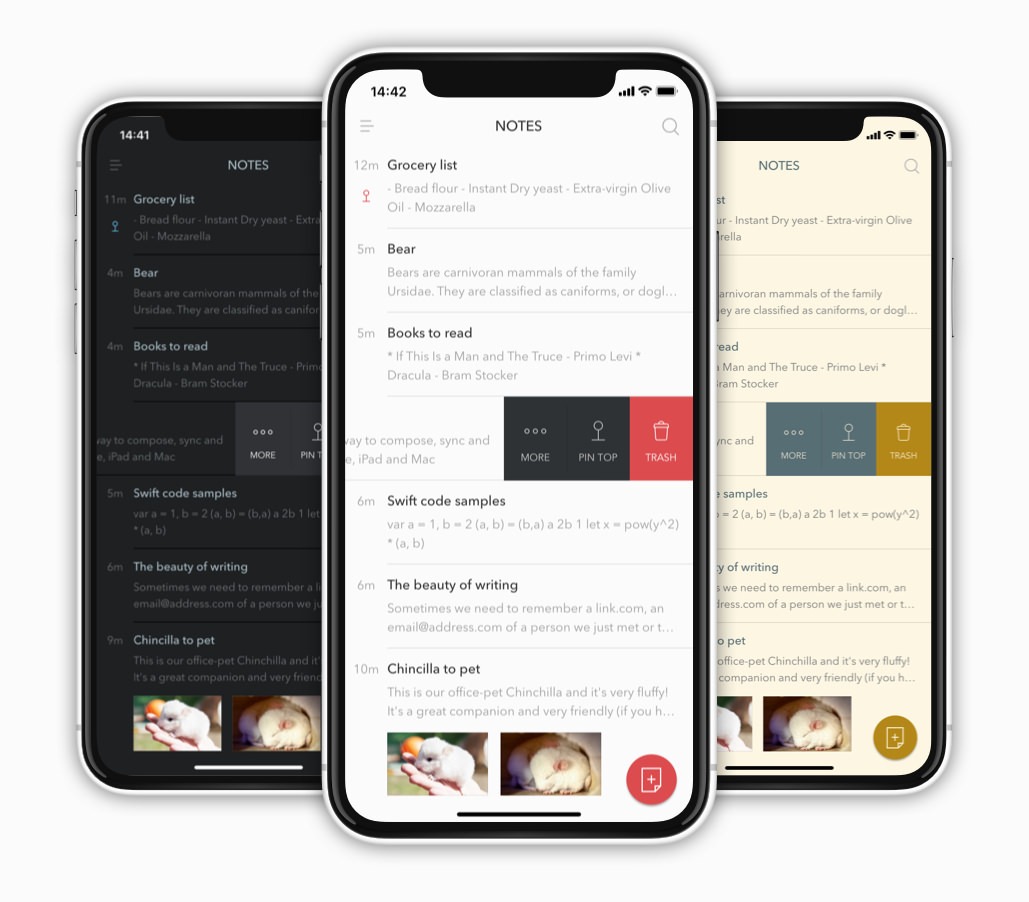 One of the biggest differences between Bear and Evernote is Bear’s organizational structure. Unlike Evernote, which relies on the Notes/Notebooks schema, Bear favors a Slack-like hashtag system that organizes relevant items by hashtag. One of the most immediate benefits of hashtag organization is that one note can be saved across multiple relevant hashtags. Notes in Bear can also be assigned an unlimited number of tags.

Another of Bear’s handiest features is the ability to link between notes. This might not sound that impressive but it’s amazing how few tools offer this functionality. (Google Docs still doesn’t do this after fourteen years!) Bear’s linking works similarly to adding a hyperlink to a text document. Best of all, there’s no limit on how many links you can add between notes.

In terms of pricing, Bear’s free version is solid. Almost all of Bear’s core functionality is available without purchasing a Pro subscription. The one feature you may be tempted to pay for is the ability to sync Bear across multiple devices. This feature is not available in Bear’s free version, nor are Bear’s custom themes and export options. Generally, though, Bear’s free version will probably be enough for casual users.

Now that we’ve taken a look at Bear, let’s summarize the pros and cons.

Bear is a quick, lightweight note-taking app that looks and feels great. Here’s what we really liked about it:

No software product is without its faults. Here’s where we thought Bear fell short:

If you’re an Apple user, Bear is a lightweight, capable note-taking tool that offers much of the functionality of Evernote without the bloat. But it’s a shame that Android and Windows users have been left out in the cold.

Some people might argue that comparing Evernote to Notion isn’t really fair. After all, Evernote is primarily a note-taking app aimed at individuals, whereas Notion is an all-in-one workspace designed for teams. 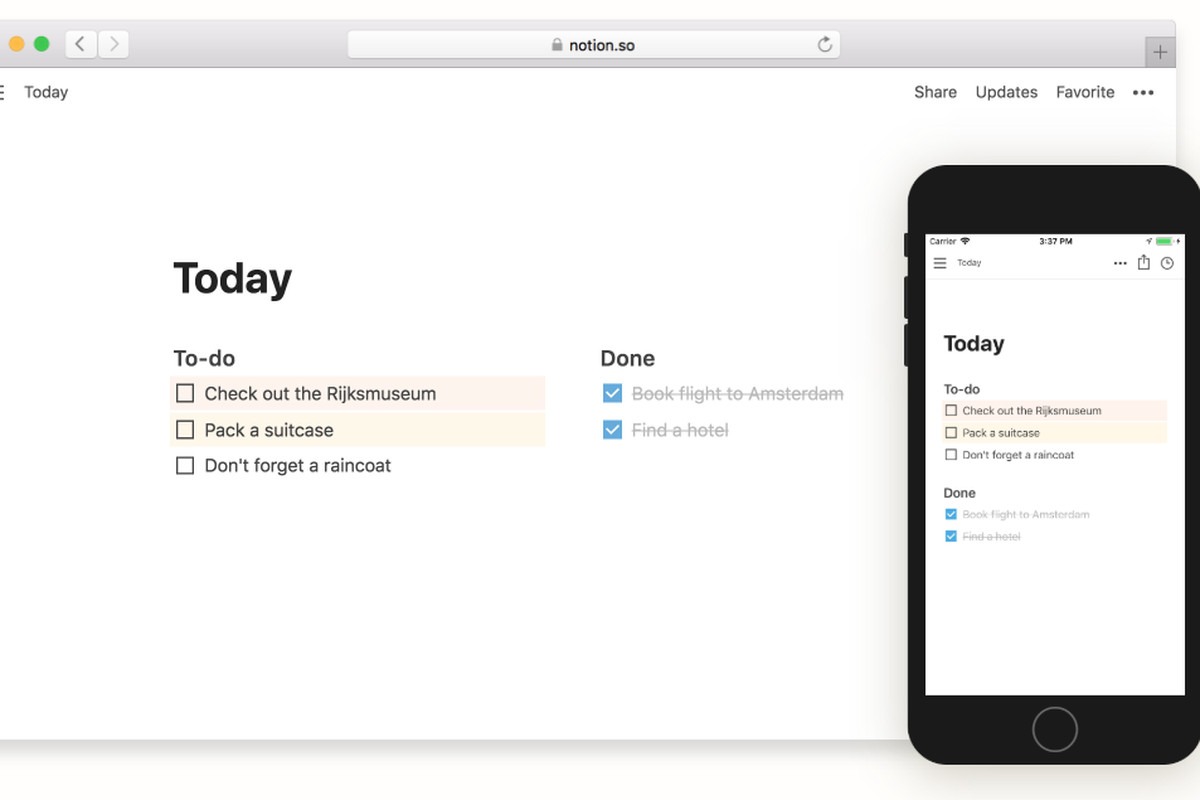 Notion is built on the idea of Blocks. Everything in a Notion workspace is a Block. Paragraphs of text, images, embedded spreadsheets or calendars, to-do lists––all of these elements can be added to a single Notion “page” as individual Blocks that make up a workspace. This concept of Blocks is what makes Notion so powerful. A Notion workspace can be whatever you need it to be.

The biggest difference between Evernote and Notion is that Notion was built for teams from the outset. Evernote tried––and largely failed––to make the leap from a personal tool aimed at consumers to a collaborative tool aimed at teams. Notion, however, was designed with teams in mind. Notion’s collaboration features are very strong. Items can be shared with and assigned to team members. Notifications can be set to alert multiple users of pending meetings, deadlines, or urgent tasks. Changes made to one Block can cascade throughout workspaces. In this way, Notion is closer to tools like Airtable that utilize relational databases than a mere note-taking application.

For all its strengths, Notion has two fundamental weaknesses. The first is its flexibility. Although Notion can do pretty much whatever you want it to, that flexibility can make Notion intimidating to newcomers. Even creating a simple note brings up half a dozen potential templates to choose from. This makes Notion less than ideal for taking quick notes in a hurry. The second drawback is Notion’s speed. Notion is a very powerful tool. Unfortunately, this means that the tool as a whole can feel sluggish at times. This can feel especially painful on mobile.

Pricing-wise, Notion is reasonable. Notion’s free version is decent, but has a 1,000-block limit and an upload restriction of just 5MB. Notion is also available on Personal and Team plans, priced at $4 and $8 per month respectively. Notion also offers an Enterprise tier aimed at larger teams priced at $20 per user per month with a dedicated support manager.

We like Notion a lot. What does it get right?

Notion is a capable tool but it isn’t perfect. Where could Notion improve?

The third Evernote competitor we’ll be looking at is Microsoft’s OneNote, a deceptively capable note-taking app that can do a lot more besides.

OneNote is unique in that it looks like a classically Microsoft product but feels like a blend of Evernote and Notion. Open OneNote and you’re presented with an unmistakably Microsoft interface that looks very similar to Outlook and Office. However, that’s where the similarities end.

Once you get past the familiar toolbar navigation at the top of the screen, you’ll notice that OneNote uses a blended notebook/tab system as its primary organizational scheme. First you have Notebooks, which are listed in the left-most column. Each Notebook can be broken down into distinct Sections. Finally, each Section can have multiple Pages, which function similarly to Notion’s freeform workspaces.

This is a little more complex than OneNote’s old tab system, but it’s still easy enough to see where you are in your OneNote file system at a quick glance. You can also add tags to individual elements within OneNote to keep track of your stuff.

Once you drill down into OneNote’s workspaces, you’ll find they’re as flexible and powerful as Notion’s workspaces. Similarly to Notion, OneNote allows you to add many different elements to a workspace. You can add images (including handwritten notes), checklists, media files, and file attachments to OneNote’s spaces. In this regard, OneNote feels much closer to a real notebook than Notion does. OneNote also supports simultaneous editing by multiple users. There’s a little lag between user input and edits displaying in real time, but it’s hardly a dealbreaker. 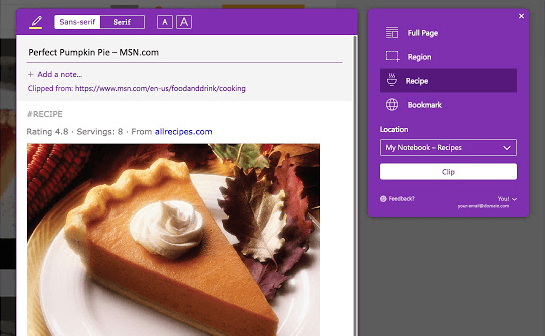 Like Evernote’s popular Web Clipper, OneNote allows you to save content from virtually any page and store it in OneNote. You can clip a single image or entire webpage, including PDFs. Clipped items can be categorized, tagged, and stored like any other item. This makes OneNote a very capable tool for researchers and users working across a wide range of source material.

In terms of pricing, OneNote is unique in that the product itself is completely free. It doesn’t even have a premium or pro tier. Instead, storage in OneNote is connected directly to a user’s OneDrive account. This is a blessing and a curse. If you’re already using OneDrive, you’re probably already using OneNote, too. If you aren’t using OneDrive, though, switching to another cloud storage provider is quite an ask. OneNote allows you to export notes to virtually every major productivity tool including G Suite, but the connection to OneDrive is its biggest weakness.

Now, let’s see what OneNote gets right and where it could use some improvement.

OneNote looks like a Microsoft product but doesn’t feel like one. Here’s what we liked about OneNote:

OneNote is a strong Evernote alternative, but it isn’t perfect. Here’s what disappointed us about OneNote:

Making the Switch from Evernote

Even ten years ago, it would have been difficult to imagine not just one, but several, software products threatening Evernote’s dominance. Evernote isn’t a bad product––it’s just not nearly as good as it used to be.

Fortunately for users, Evernote’s loss is their gain. There’s never been a better time to make the switch from Evernote to a competing tool. That said, there are some users who would probably benefit from sticking with Evernote. All three of the tools above make it easy to import notebooks and notes from Evernote. However, unless you urgently need any of the functionality Evernote lacks, it might be worth sticking with Evernote.