Updating Chrome keeps you safe and gives you access to the latest features.

Chrome updates itself automatically if you regularly restart the application. But if you’re one of the people who leave their computer on all the time and always leave Chrome running, it won’t get the chance to update.

Then you’ll have to do it manually.

Here’s how to do it on desktop and mobile. And why it’s so important to keep Chrome updated.

The lazy update method for chrome

If it’s been awhile and you’re starting to get warnings about updating Chrome, all you have to do is quit.

Quit Chrome and then restart it.

Once Chrome loads back up, everything will be updated to the current version.

How to update Chrome manually in 2 steps

1. Open the Chrome menu and select Help > About Google Chrome. 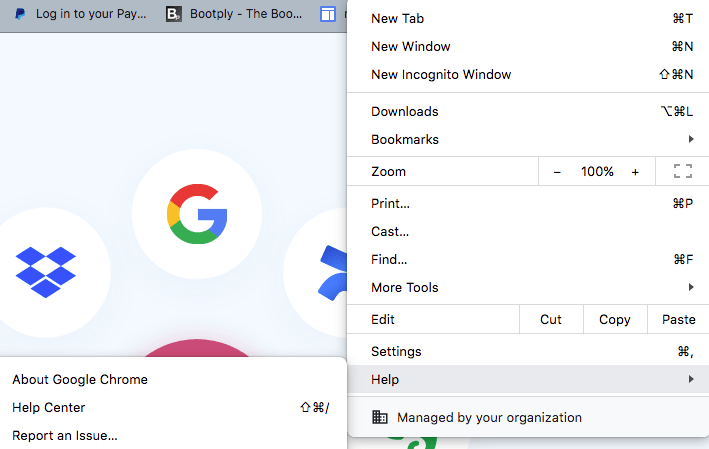 Chrome will download the most recent update automatically once you open this window.

Click Relaunch and Chrome will shut down, then reopen as the most recent stable release.

Note that it will reopen all your open tabs and windows, but it won’t remember any of the data in them, so if you’re halfway through filling out a form or otherwise in the middle of something, save or complete before relaunching.

If you don’t want to relaunch yet, you don’t have to do anything. Just close the tab. Your update will install automatically the next time you relaunch Chrome.

Remember that your update won’t take effect until you do relaunch. Leave Chrome open without relaunching and nothing will change.

How to keep Chrome updated

Keeping Chrome updated is simple: set it to update automatically, and you’ll never have to do it manually again.

In the same window you open to manually relaunch, Chrome gives you the opportunity to set it to update every time a new version becomes available. Again, these updates won’t actually take effect until you relaunch the browser.

What if the update doesn’t work?

It doesn’t happen often, but sometimes you go through the steps above to update Chrome and nothing happens. If that’s you, the fix is simple: download the newest version of Chrome directly.

Chrome will autodetect your operating system and offer you the relevant download.

How can you tell if Chrome is up to date?

On Mac and Windows machines, you can open the Chrome menu and go to Help > About Google Chrome. You’ll see your version number there. Compare that number to the most recent Chrome release number, which you can see here.

If there’s an update pending, Chrome will alert you by showing an arrow in place of the three dots you’re used to seeing for the Chrome menu. This arrow is color-coded:

Update Chrome on your iPad or iPhone

To update Chrome on your iPhone or iPad, go to the App Store and tap Profile.

Scroll down to Available updates and search for Chrome. If an update is available, Chrome will be in this list. Select it and tap Update to install. You might be asked for your Apple ID password at this point. After that, your Chrome update will download and install.

If there’s an update available for your Android device, the three dots representing the Chrome menu in the top right of your Chrome home screen will be replaced by an arrow.

You can use this to call up the Chrome menu as normal, but when you do, the option to update Chrome will be at the top. Select it and you’ll be taken to the Play Store. Click Update and your browser will update when you relaunch.

If you’re using Chrome 76 or later, you can also update directly from inside the browser without visiting the Play Store. Open the menu, go to More, and tap Update Chrome. Relaunch when prompted and you’re done.

To find out which version of Chrome you’re running on your Android device, go to the menu and tap Settings, then scroll down to About Chrome. Your version number and release date will be displayed there.

On Chromebooks, you update the OS and the browser at the same time. Because the lightweight Chrome OS boots so rapidly, it’s pretty normal for users to turn off their Chromebook regularly—and when you do, it automatically updates in the background. But if you want to check for updates manually, here’s how:

If this isn’t working for you, try going to About Chrome OS and cross-checking your version with the latest version available—which you can see here.

On this page, scroll down or use CMD+F or CTRL+F and look for “Stable” to identify the most recent stable Chrome release. At the time of writing this, it was 78.0.3904.70. If it’s a version or two ahead of yours and no update is available, your machine may have reached its “End of Life”—at which point, Google stops providing support including updates and security fixes to your OS and browser.

Beyond using workarounds like you’d use to install Chrome on a non-Chromebook machine, there’s not much you can do about this. “The machine internal ID is blacklisted by Google servers. You cannot install via a storage device either,” says Google platinum product expert Frank Tedesco. “Nothing can be done. End of the line.”

To update Chrome on a Linux machine, you can use this command in the terminal:

This will update your Linux machine’s Chrome browser to the most recent stable release.

If you prefer you can download the most recent Chrome build for Debian, Ubuntu, Fedora, or openSUSE directly from Google. Under Other platforms at the bottom of the page.

Why should you update Chrome?

One reason to update Chrome is to ensure you have the latest security patches.

As new exploits, vulnerabilities, and flaws are discovered, bad actors begin to exploit them—and Google builds protections against those exploits into new stable Chrome builds. If you’re running a version of Chrome that’s a few versions behind, you’re less secure.

Another reason is that Chrome has to interface with a lot of other tools to work the way you want it to.

If you’re like most people, you don’t just use your browser to search for and view static websites. You probably watch video, stream music, and perform a bunch of other functionalities.

Behind the scenes, the tools that make all that happen are in their own arms race with attackers, and up against their commercial competitors too. That means they’re constantly changing and updating. After a few version changes, the disconnect can be too great for some streaming services to work anymore with an older Chrome build.

Additionally, it’s to keep up with the latest Chrome developments.

As new functionality in Chrome and the other tools it interfaces with becomes available, it’s tested in Chrome’s non-stable builds, starting with Canary. Then it’s rolled out across Chrome’s stable build.

That means if you’re running an older Chrome build you’re missing out on new tools and new functionality, including the constant improvements to Chrome’s Developer mode. The UI is constantly being made slicker and easier to use.

If you’ve updated Chrome and you don’t like the new UI, you can often revert areas of Chrome’s behavior to earlier versions using the appropriate Flags.

Is it dangerous not to update Chrome?

The dangers of not updating to the latest version of Chrome are more potential than actual a lot of the time. Just because a vulnerability exists doesn’t mean you’ll be attacked. So it’s easy to get complacent.

But every now and again, something happens to underscore the reality of the risk you’re running.

The most recent such incident was just a couple months ago in August 2019: a vulnerability with Blink, the open-source browser engine that powers Chrome’s browser functionality. The vulnerability was flagged by the Center for Internet Security, which warned that “this vulnerability could allow an attacker to execute arbitrary code in the context of the browser. Depending on the privileges associated with the application, an attacker could install programs; view, change, or delete data; or create new accounts with full user rights.”

Chrome’s next version fixed the problem and no exploits of the vulnerability were found in the wild.

But the next major security flaw in the increasingly complex Chrome browser and its associated systems might come to light thanks to actual hacks or thefts, rather than security researchers. And it’s more likely to target older versions of Chrome. Now that you know how easy it is, best to bring yours up to date.