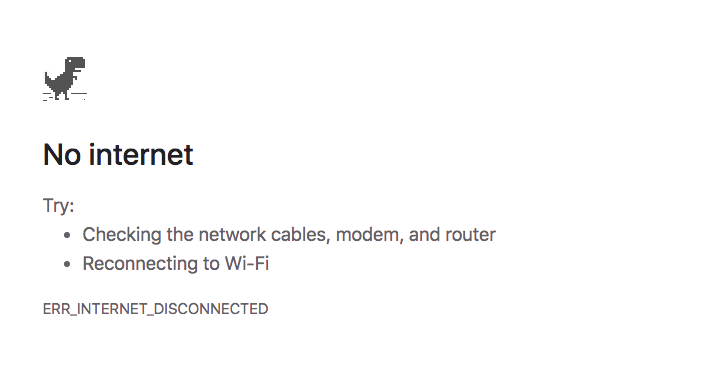 If you don’t have an internet connection when you launch Chrome, you’ll get an error screen letting you know you’re not connected. Buried inside that screen is a Chrome easter egg—a super-simple game designed to be a throwback to the “prehistoric” times before wifi.

For an Easter egg, it’s been very successful. It has 270 million players, a figure many for-profit apps and games would kill for. It’s completely free to play, and in 2018, its developers were interviewed by the Google Press Office and admitted they’d had to give enterprise developers a way to disable the game because “school kids—and even adults who were supposed to be working—really got into it.”

Whether you’ve played Chrome Dino before or you’re completely new to it, read on to find out how to find the game, play it to high scores, and get under the hood to tinker with it. Plus some other games you might like too.

First: Be wary of fake Dino games in search

Search for the Dino game in Google search and you’ll see more than a few options. Pages and pages of rips, replicas, and fan remakes. It looks like you could just take your pick. But in fact, it’s better to stay away from these ostensibly fan-made copies.

Some are stuffed with ads, not all legit. (You can minimize the effect with a Chrome ad blocker, but it’s best to just avoid third-party sites.)

Others contain genuine malicious code, or flashing pages full of links to sites that do. And even when none of that’s the case, they’re likely to be slow and glitchy. For some reason, they’re often not full-screen either.

It makes more sense to just use the normal Chrome Dino game.

Where to find the Dino game offline

Finding the Dino game in Chrome is easy. Open Chrome offline and you’ll get the error page showing you don’t have an internet connection:

Press Space and the dinosaur in the top left of the screen will start running.

Where to find the Dino game online

The Dino game isn’t meant to be found online… or so most folks think. In fact, it’s easy to access online, and you don’t need to go to any sketchy third-party sites to play it either.

Open a new Chrome tab or window and type chrome://dino/ in your omnibar. Don’t put it in the search box of a Google search page or you’ll get a page full of third-party sites.

Hit return and you’ll be taken to the offline notification page you’d see if you’d opened Chrome with your wifi turned off. Don’t worry, you didn’t break your internet. This is just Chrome giving you access to the Dino game online via the usual start page. Press Space as usual and the game starts.

How to play the Dino game

The Chrome Dino game is very simple, difficult, and addictive. It’s an endless running game, like a straight-line version of Temple Run with no levels. There’s literally no end: get to the maximum possible score of 99,999 and the game simply resets itself.

You can’t change direction and you have no control over your speed. All you can do is jump and duck.

That’s plenty. The game starts out slow and simple. You’re running left to right, and occasionally there’s a cactus. Soon, these cacti start showing up more frequently, in troublesome clumps and different sizes. Press Space or the up arrow to jump over them.

A little later on, you’ll find out why you can also duck using the down arrow. In addition to cacti, there are bird-like pterodactyls that flit across the screen at various heights. Some can be jumped over; others can be ignored. Most people find it helps to duck some. It never gets complex—that’s the whole game. But it gets difficult.

You can pause play with the Alt button. The game goes into dark mode for 100 points after every multiple of 700 points.

Tips for getting a high score

Players suggest a few main methods to get higher scores. Some of the highest scores are from players who have hacked the game, which isn’t difficult to do. And others come from non-human players. A simple game like this is easy to build an AI to beat, so if you’d like, you can watch an AI play the game flawlessly for over 11 hours.

Beyond that, it’s like most classic video games: a pure test of reflexive skill, like digital pinball. Practice, flow, and concentration deliver the high scores.

Or you could hack the game like everyone else, though it’s hard to see the point.

We’re not talking about up-down-up-down-B-A-start here. These tips all require you to open Chrome Console.

Start on the No Internet page, whether because your internet really is off or because you typed chrome://dino/ to get there. Right-click or CTRL-click anywhere and select inspect to open Chrome Dev Tools. Alternatively, type CTRL-Shift-J on Windows, Linux, or Chromebook machines, or CTRL-Option-J or CMD-Shift-C on a Mac, to open Dev tools.

Once it’s open, select the Console tab and you can alter the code that’s running in the Chrome window you have open.

Once you have Console ready, all you have to do is copy and paste some code into it.

To change the speed your dino runs at, paste this code:

Experiment with changing the number in brackets to set your speed at something you’re happy with.

Tweak how high you jump

To change how high the dino jumps, use this code:

Again, experiment with the number in brackets to find a jump that’s high enough to clear obstacles, but low enough to shave precious milliseconds off your reaction time.

To make your dino cactus-proof, use this code. It’s in three parts, and you need to press Enter after each command.

First, copy and paste this code:

This gives you control over what happens when you hit the “game over” command in the original code. Now you can dictate what happens next.

Hit return, and paste this code:

This makes the “game over” function empty, so when you hit it, nothing happens.

That puts everything back to how it was.

Chrome is light enough to compete with the fastest browsers, but it’s also versatile enough to be a kind of OS all to itself, even if you’re not actually using Chrome OS. That’s why the Chrome web store features games that run inside the browser, online or off. Some are free, others go for a small fee, but if you’re enjoying the Dino experience, it might be worth checking out one or two of these as well.

Some require you to sign up, and we strongly recommend at least using Chrome’s password manager if you don’t use anything more secure.

Chrome Dino is a game for wasting your time when your internet isn’t working. Tabagotchi is for the opposite. You might remember Tamagotchi—those digital pets that lived on a keyfob and had to be looked after if you didn’t want them to perish.

Tabagotchi is a Chrome extension that replaces the screen you see when you open a new tab with a digital pet whose health declines as you open more tabs, gamifying efficiency and productivity—in theory, anyway. 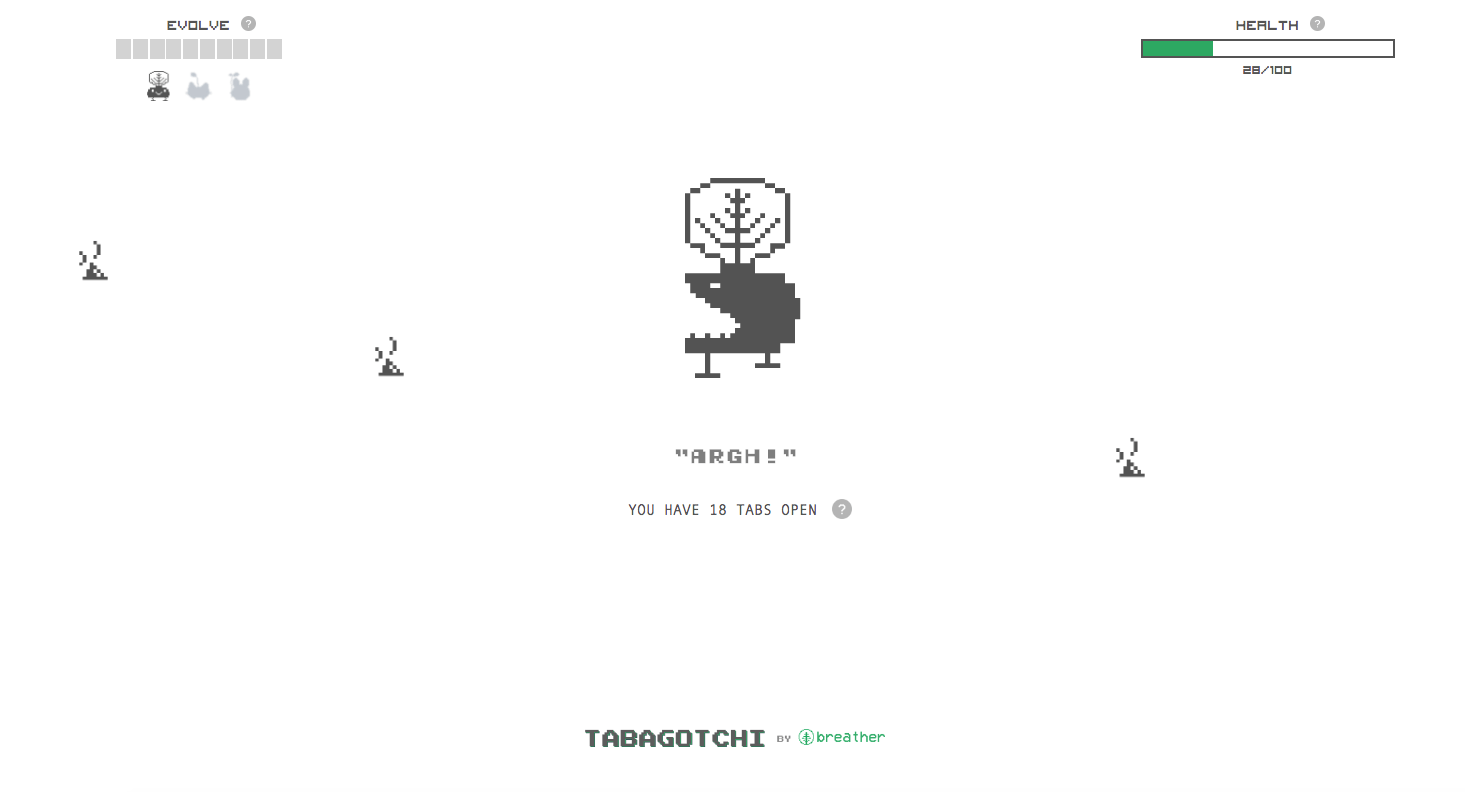 Entanglement is a web app—a full program that runs inside Chrome. It started life as one of the default games that came with Chrome on installation. It’s a little like playing Snake with tiles: on a playing board, you add hexagonal tiles in an effort to make the longest line without running into a wall. 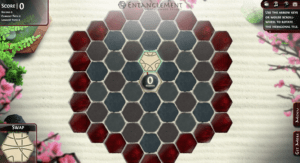 Dark Orbit is a web app too. It’s best thought of as a browser-based version of No Man’s Sky: you start the game as a pilot of a spaceship in dark orbit, with systems damaged and resources scarce. Your job is to scavenge and rebuild. (Be warned that you’ll need Flash to use the game as it currently stands. We don’t know how that will change when Chrome deprecates support for Flash later this year.)