G Suite is ubiquitous for a reason. It’s easy to use, has massive integrations, and it makes it simple and fast to set up calls, meetings, events, and projects in Google Calendar.

Notion is another of the most powerful tools on the market today. It gives users free rein over a huge variety of structures and functionality and making it easy to construct company wikis, take notes, clip from the web, and manage projects and tasks.

What do you get when you put them together?

While there are big areas of overlap—you can use Notion as a document creation tool, and you can use G Suite as a fairly bare but perfectly functional project management tool—most users are best off with both. Unfortunately, they don’t integrate well, meaning we have to find our own ways of tying them together. We’ll get to that in a moment, but first: what is Notion, exactly, and why would you want to integrate it with Calendar?

Before we get into using Notion with Google Calendar, let’s take a very brief look at what Notion it is and how it works. (If you’d like a less brief look, there’s a beginner’s guide to the tool here.)

In this post, I’m going to keep it as simple as possible: Notion was first designed as a codeless app-building tool. As a result, it’s unusual amongst modern software because it wasn’t designed to do anything in particular. Instead, it contains simple templates for functionality like Kanban boards, calendars, and databases, letting you build your own systems inside it.

The basic building blocks of Notion are the page, where everything happens, and the block, a section of a page. There are over 50 blocks, with everything from simple text to databases.

Notion combines a free link-based structure similar to the web with a more traditional hierarchical file structure. As a result, Notion makes it really easy to build workflows, knowledge bases, wikis, and a lot more—but it doesn’t necessarily excel any one of these things.

Let’s look at the calendar function inside Notion and compare it with G Suite’s offering.

Notion has calendar functionality built in: you can create a calendar with a single click, either as a block… 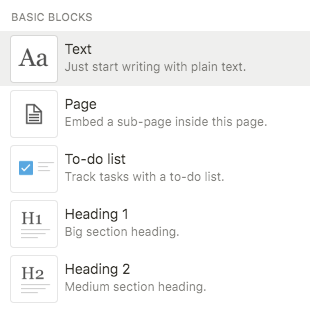 Once you’ve created a calendar inside Notion, you can add tasks to the calendar. Notion is much more versatile than Google Calendars in terms of what you can do with tasks.

For example, a Google calendar task lets you add: 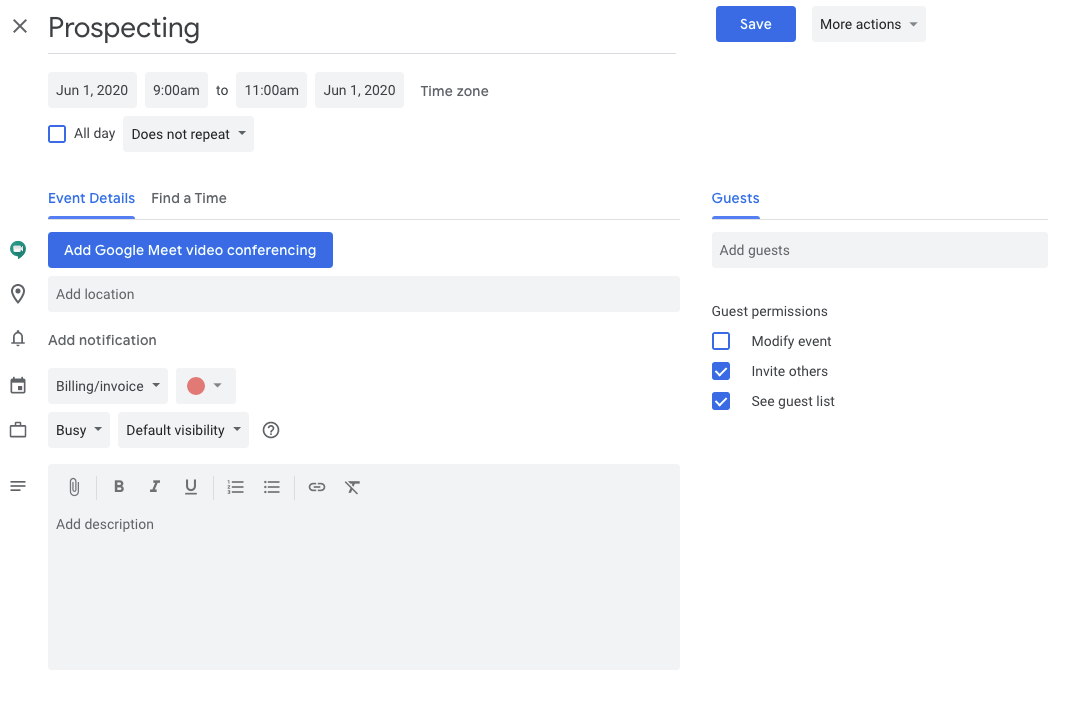 By contrast, on the back of a Notion calendar task, you can do all that plus a lot more. Notion will let you add a whole nother calendar to a calendar task. 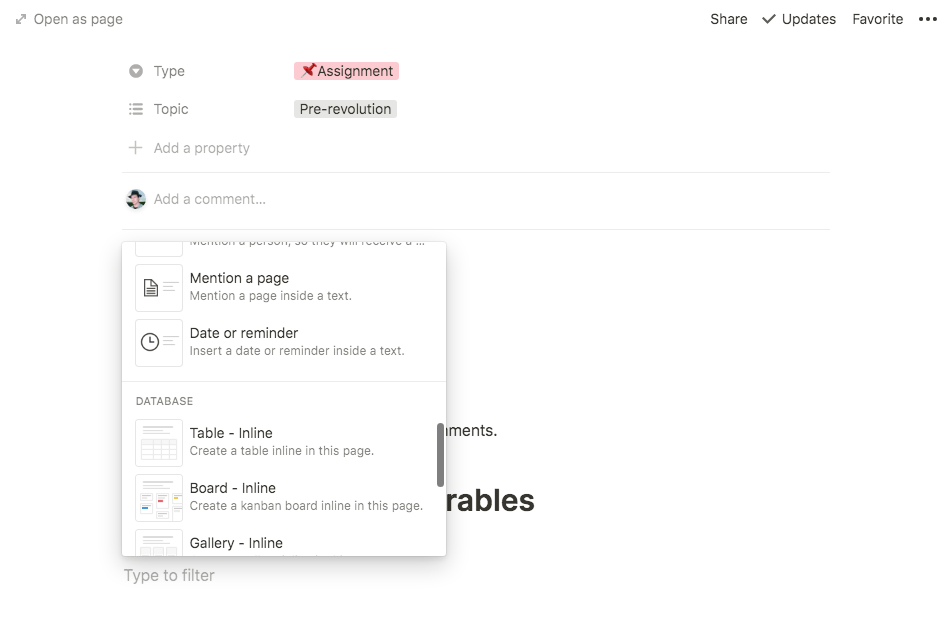 With all of this functionality, it sounds like Notion actually has the edge as a calendaring app—so why wouldn’t you just move all your calendaring over to it and leave G Suite behind?

Why keep Google Calendar if Notion has the same functionality?

If Notion has the same functionality as Google Calendar, but is a lot more versatile, why use G Suite’s offering at all?

The trouble with this reasoning is that Notion doesn’t replicate some really crucial Google Calendar functionality.

In particular, you miss out on:

Without integration with email, Notion calendar is rendered significantly less useful. G Suite lets you add tasks to calendar direct from your inbox:

The Create event function lets you jump an email over to Calendar as an event with a due date and reminders attached in a couple of clicks.

This can be really helpful if email is your primary communication tool. Notion assumes that you’ll do your communication and collaboration inside Notion—which would probably work great if everyone used it. In fact, most people don’t; they do have a Gmail or corporate email address, though.

You can even use it as a bare-bones project management system. While you can do this to a greater extent in Notion, everyone has to have a Notion account to make it work.

Calendly and other tools

If you’ve never used Calendly, here it is: 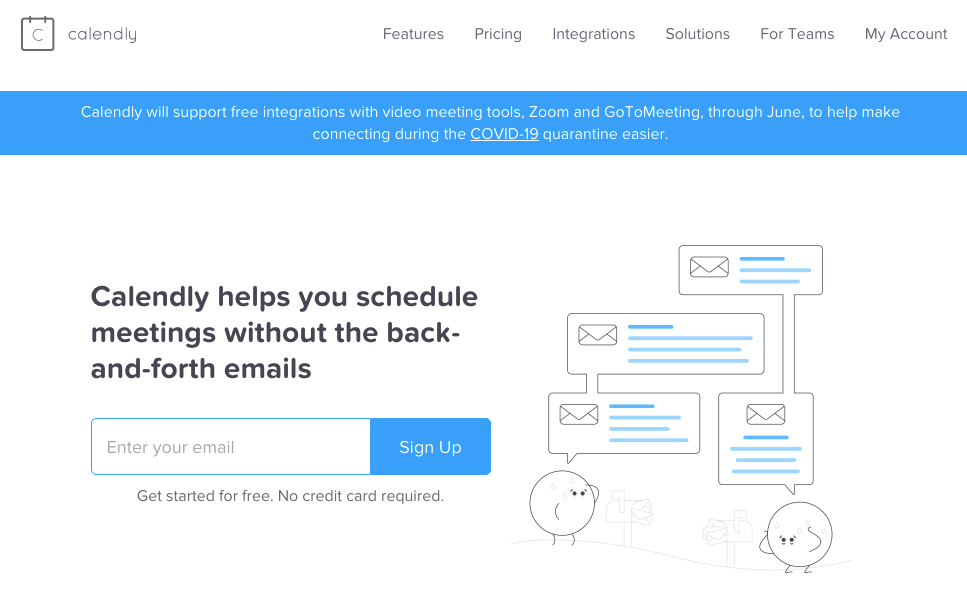 There are plenty of other tools that do a similar job: Calendly lets you send someone a list of times you’re available, so they can choose one without both of you spending half the day emailing each other to set up a ten-minute phone call.

You send a schedule, the other person picks a time when you’ve already declared you’re available, then you both get an email invite and a task automatically added to your Google Calendar.

Google Calendars integrates with Hangouts to such an extent that the default event in a Calendar is a Hangouts or Google Meet video call.

This isn’t true of Notion, and while you could easily paste a link in a Notions calendar, it points to a much deeper issue.

Integration with the rest of the G Suite ecosystem

Notion doesn’t integrate with the G Suite ecosystem. Google Calendar is tightly bound up with it, in ways that save users a ton of wasted time and effort. Notion treats all files pretty much the same way, so you can easily embed Docs and Sheets: 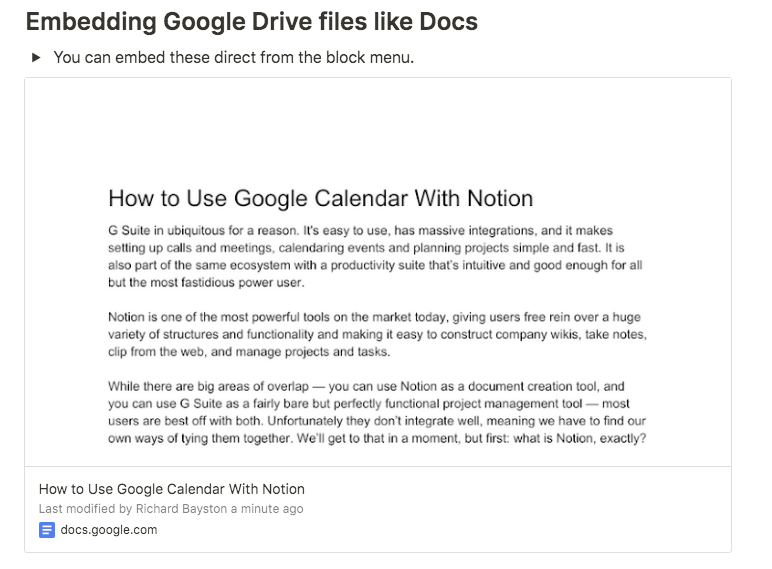 But there’s no actual integration.

It’s worth bearing in mind that Notion can do a ton of things that Google can’t do. It’s a lot more fluid and flexible, and it gives you functionality that Google cannot match—look at the difference between a Google Doc and a Notion Page and you’ll see what I mean. But it can’t stand up to G Suite for communications and productivity.

For most users, it probably makes sense to use the two tools for what they’re best at: use Notion to structure and find files and links, and use G Suite for communication and productivity. Embed what you need from Google into Notion to accelerate workflows.

Notion is an absolutely fantastic tool for building structures quickly and simply. If you find you need to adjust them on the fly that’s easy too, and any kind of content can be embedded.

In fact, that’s the best way to tie Google calendar into Notion: embed it in a Page. Here’s how.

Here’s how to embed Google Calendars in Notion, quickly and easily.

Step 1: Get the Calendar URL

Note that you’ll also need to set your calendar’s availability to “Make available to public” and make sure you select “See all event details.”

Go to the Notion page you want to embed your calendar in. I’m embedding this Google Calendar in a dummy sales wiki on Notion: 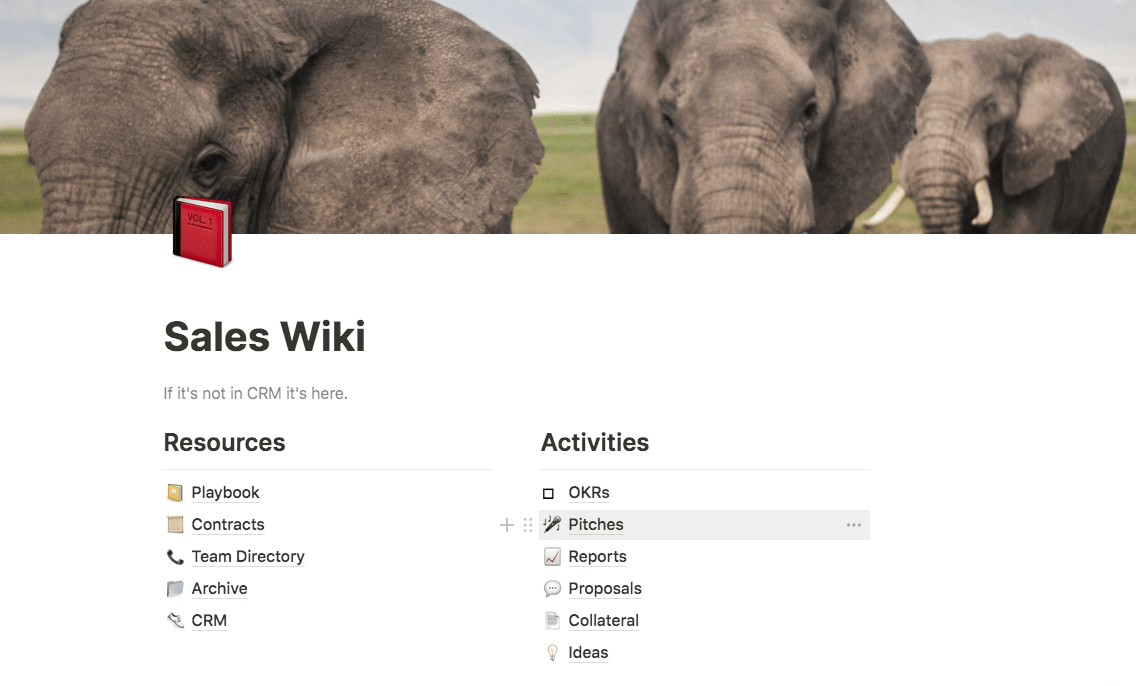 Go to the location on that page that you want to embed the calendar, and enter the /embed command or open the block menu and select Embed. 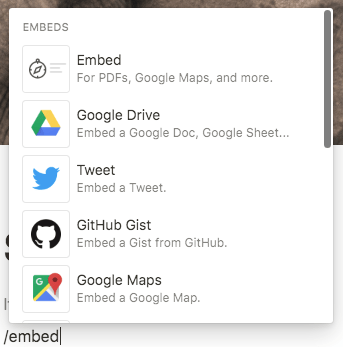 Drop the Google Calendar URL into Notion and hit Return, and your calendar should be embedded in the page.

This is a read-only version of your calendar—you won’t be able to add events to it. And there’s often some lag between adding new events in Google and them showing up in Notion. You don’t need to add the URL as a link under the calendar, though: Notion will just let you click on the calendar and be taken to Google’s public calendar page.