Office 365 Groups make it easier than ever for companies to collaborate. Provisioning a team with the tools they need is as simple, as the name suggests, as creating a Group in Office 365.

Any user can start a Group and manage permissions. No more waiting on a help desk request to loop someone in. This saves a tremendous amount of time for both managers and IT.

But because folks interact with Groups in multiple Microsoft apps, there’s a little confusion about what it’s for. Is Office 365 Groups its own app? How is it different from Teams or SharePoint?

What are Office 365 Groups?

Office 365 Groups is the foundational membership service that drives collaboration across all Office 365 apps and services. Groups is built on top of Azure Active Directory, Microsoft’s identity and access management service.

Creating a Group adds a new group identity to the active directory. Any users who are members of the Group also gain access to a shared set of resources:

For example, if I create a Group in Outlook, it automatically creates an associated SharePoint site, Planner plan, and so on. Every member added to the Group is instantly connected across all of those applications.

Here’s why you want to use Office 365 Groups

Because you have to, first of all. If you use Office 365, you are likely already using Groups.

As I mentioned, Office 365 Groups establishes a single team identity in Azure, and a single set of permissions across several Office apps. Once you have created a plan in Planner, for example, an Office 365 Group has automatically been created.

To understand the purpose of Groups, step back and consider what the new membership service allows. In the past, you could create a group in Outlook that would function as a distribution list. That was great for sending messages and files to select groups of individuals.

But keeping track of who has which version of what is time-consuming on Outlook. That’s more of a SharePoint thing. And of course chatting about those files needs to happen in Teams. Lots of searching and switching between windows.

Now, whenever you create a Group in Outlook, it automatically sets up the team with everything they need to work together. Because all these apps have native integration, the workspace functions really well. No more switching between apps to access what you need.

For example, a quick search in Outlook returns relevant conversations and documents from the Group’s SharePoint, and vice versa. This could be spreadsheets, email chatter, thoughts in OneNote—all right there in the same app.

So that’s the first big thing: creating a Group gives a select list of users instant access to a shared set of tools that work well together.

The second big thing is that anyone can create and administer a Group.

Contrast this from the traditional top-down permissions model. That usually required steps to be taken by IT, admins, or other help desk roles in order to let members access apps and services. Now, with Office 365 Groups, that aspect of collaboration has become self-service.

People can even invite users from outside the organization. Guests will receive a welcome email and access to desired apps. Of course, there are some security restrictions for external users, but nothing that’s going to get in the way of honest teamwork.

Note: You can adjust directory settings to allow only a certain subset of users to create Groups.

Where you create Office 365 Groups matters

You can choose to create your Group in Outlook, Teams, or Yammer. Each one offers a different team experience.

When you create an Office 365 Group in Outlook, for example, it organizes the team around a shared inbox and calendar. In a Yammer-based Office 365 Group, a user’s newsfeed becomes their central hub to like, share, and reply.

My advice is to create a Group in whichever app is the team’s primary method of communication: email, chat, or feed. If you need both chat and email, create the Group in Outlook and connect it to Teams afterward.

Note: Creating a new plan in Plans, or site on SharePoint, or workspace in Power BI will also trigger the creation of a Group with identical resources as one created in Outlook.

How to create Groups in Office 365

As I said earlier, you can create an Office 365 Group from several apps. In this walkthrough, I’m going to use Outlook, though it’s much the same to create a Group in Yammer or Teams.

Open Outlook and scroll down the left sidebar until you see the Groups dropdown. 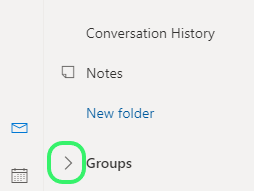 Expand the tab and you’ll see all the groups you belong to, as well as the ability to create a new Group. 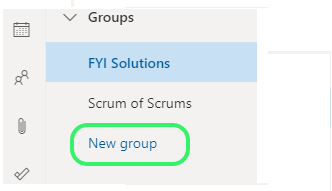 Once you click “New group,” you’ll be prompted to fill in a Group name and a description. 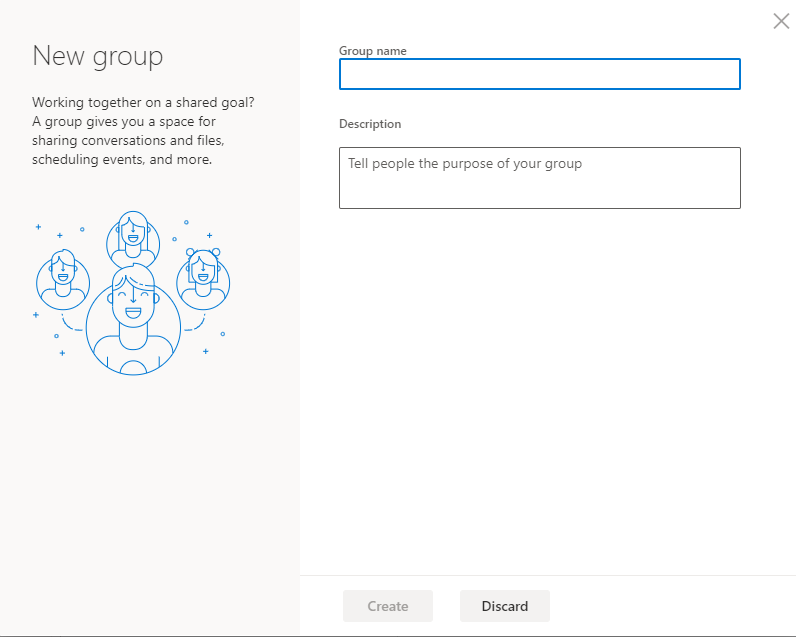 Then you’ll be able to add other members, who will receive an invitation email.

Finally, the robots work behind the scenes. Everyone you reached out to is now connected across all of the resources available to the Group.

How to delete a Group in Office 365

Given that a Group comes into existence every time someone creates a Plan or SharePoint site, the challenge of Group sprawl is real. It’s not an end-of-the-world IT headache—the unused Groups don’t take up any space—but the clutter can become unhelpful.

If you want to delete an Office 365 Group in Outlook (again, it’s similar in Yammer and Teams), click on the Group card.

Within the Group card, click on the more options icon (•••), and select “Edit group.”

You’ll see the option to delete the Group on the bottom right side of the box. 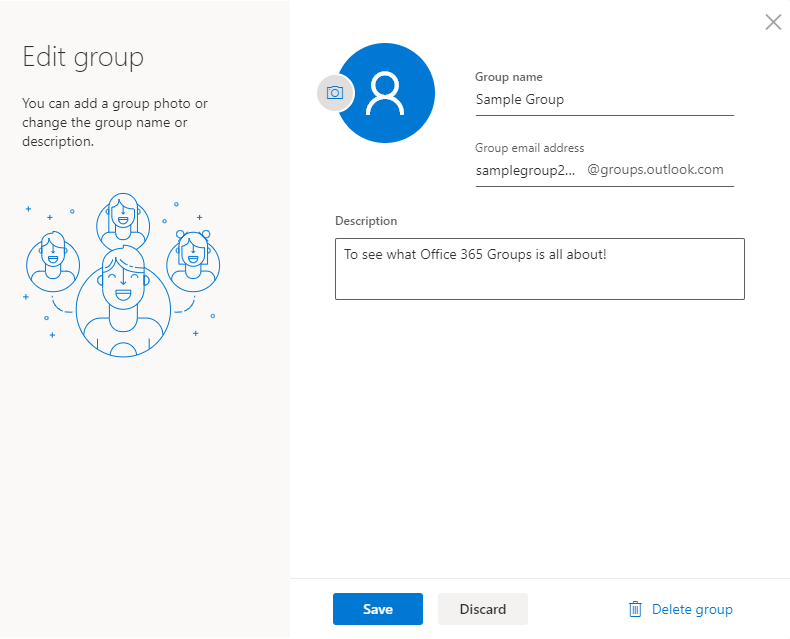 How to automatically delete Groups you aren’t using

Something to think about that may help you from having to go through these steps in the future is setting up an expiration policy. This routinely disposes of Groups that fall below an activity threshold you set. Groups in active use are renewed automatically, but those that are no longer being used will be deleted.

Group owners will receive expiration emails, so a Group won’t be deleted without warning. Even then, it’s “soft-deleted” and may still be recovered for up to 30 days.

This is an easy way to prevent Group sprawl from ruining a good thing.

Because of the way things used to be set up, a lot of people get confused about the distinction between Office 365 Teams and Groups. Let’s look at them one on top of the other:

Still confused? Here’s a breakdown from Microsoft with a link to a helpful video that explains how Azure AD, Groups, and Teams are connected.

Office 365 Groups: Limitations to think about

On the whole, myself and my team have been happy with Office 365 Groups. Microsoft has reimagined how to collaborate productively and given end-users the ability to set up their own teams.

Still, individual users are capped at creating 250 teams, and admins can create 500K. Most people aren’t going to hit those ceilings, though. Each Group has a 50GB inbox and more than 1TB of file storage to start.

One pitfall you might stumble on is how to create a Groups with more than 1,000 members. Groups in excess of this size may experience communication delays because only 1,000 members can access conversation concurrently.

Final thought: Workers will find the tools they need

Microsoft pays attention to trends and listens to their customers. The workplace and workforce are becoming more distributed—employees need and expect to work with different people within and outside their organization. They need to be able to stay productive remotely, from their phone, and to share files and ideas 24/7.

And when their tools don’t give them the function they need, many workers will find something on the app store that does. Yesterday’s successful workaround becomes tomorrow’s shadow IT, with all attendent security and compliance concerns.

If you are using Office 365 and employees are having to rely on outside apps and services, you should ask yourself if you are getting what you pay for. But Groups is one of the best ways to make sure that your teams are accessing the range of tools available.