Git supports a wide range of branching strategies and workflows. This also makes it easier for organizations to end up with workflows that are ill-defined, overly complicated, or not integrated with the issue tracking systems. Luckily, we have GitLab Workflow or GitLab Flow that combines feature-driven development and feature branches with issue tracking to create a clearly defined set of best practices to simplify and streamline coding.

What is GitLab Flow Anyway?

GitLab Flow is a simpler alternative to GitFlow and strives to create a seamless approach to software development. It does this by integrating a Git workflow with an issue tracking system.

Under this new setup, all features and fixes go to the main branch while simultaneously enabling production and stable branches. The idea here is to outline proven best practices and guidelines to help software development teams create a smooth process to shift features collaboratively.

Before we discuss how GitLab Flow works, it’s important to understand what we mean by a branching strategy.

What is a Branching Strategy?

A branching strategy is a software development workflow within the context of a version control system like Git.

It describes how a development team will create, collaborate on, and merge different branches of source code in a codebase by taking advantage of the branching system in a version control system to enable concurrent development in the codebase. GitLab Flow is one of the most common Git branching strategies.

If you’re familiar with Git Flow, you may know developers used it to create a developer branch and then made that the default. But, with GitLab Flow, you get to work with the “main” brand right away.

You can use GitLab Flow with the release branches as well. Keep in mind that if you work with a public API, you may need to maintain different versions.

The fact that teams can make a v1 branch and a v2 branch using GitLab Flow is another advantage. As both branches can be maintained individually, this can be very useful when you or your team identifies a bug during code reviews that go back to v1.

GitLab Flow is simpler than Git Flow but is more structured than GitHub Flow.

Here’s a brief set of guidelines outlining how you can use GitLab Flow for a team project.

Unlike Git Flow, GitLab Flow has an upstream-first policy but it comes to hotfixes. This means that if issues are found in the production environment after a change has been deployed, the hotfix branch must be created off of the main branch and merged back into the main and any other pre-production branches before being merged into the production branch.

The feature branching workflow is quite similar to the GitHub Flow but with one prominent difference: instead of creating a pull request, you create a merge request.

Similar to GitHub Flow, the opening of a merge request should trigger automated testing.

We recommend using this variation of the workflow only when you’re releasing software to the outside world. For example, if you’re developing an open-source project, this variation is similar to the first in which you branch off of the main branch into feature branches and then merge back into the main branch.

Here, bug fixes are merged with the upstream first policy.

Release branches are long-lived — but only until a specific release of the software is no longer supported or maintained by the dev team.

How to Get Started With GitLab

That was all you needed to know about GitLab Flow, but how do you get started with the platform itself?

Below, we’ve outlined a handy GitLab tutorial to introduce you to the system.

GitLab projects are designed to hold all your files, folders, code, and documents — basically everything — you need to build your software applications.

Here are the steps to create a project in GitLab. 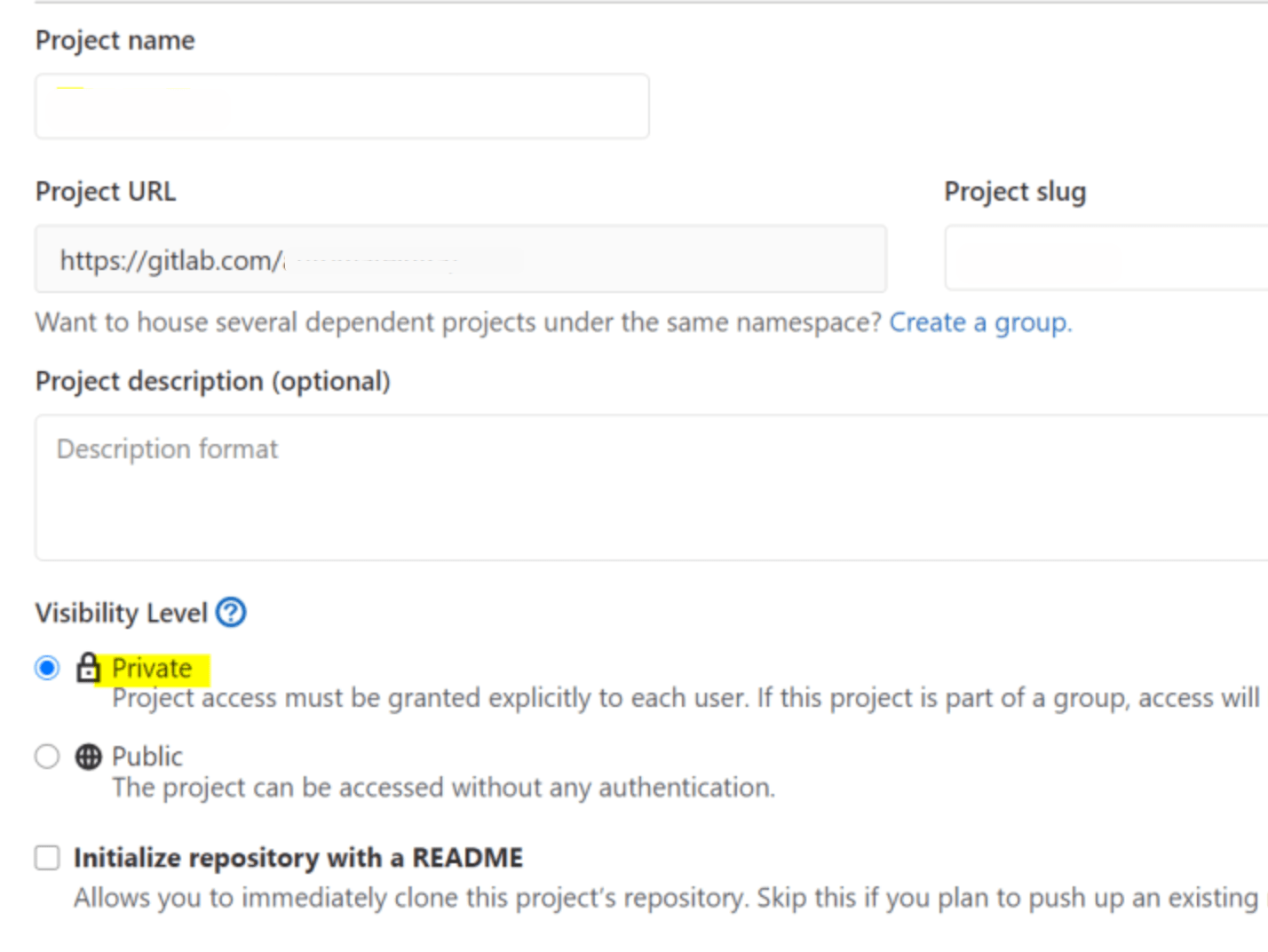 You’ve now successfully created a project. You can upload files either manually or create/upload directly on GitLab.

2. Creating a Repository on GitLab

A repository is a space where you store all your code and related files, which is why it’s a part of a project. Interestingly, you can create multiple repositories in a single project.

Creating a repository on GitLab is very simple — all you have to do is create a new project or work with an existing project. Once you have a new project, you can add new files via UI or the command line.

3. Creating a Branch on GitLab

Whenever you add a file to a project in GitLab, it‘ll be checked in the master branch.

Here’s how to proceed next: 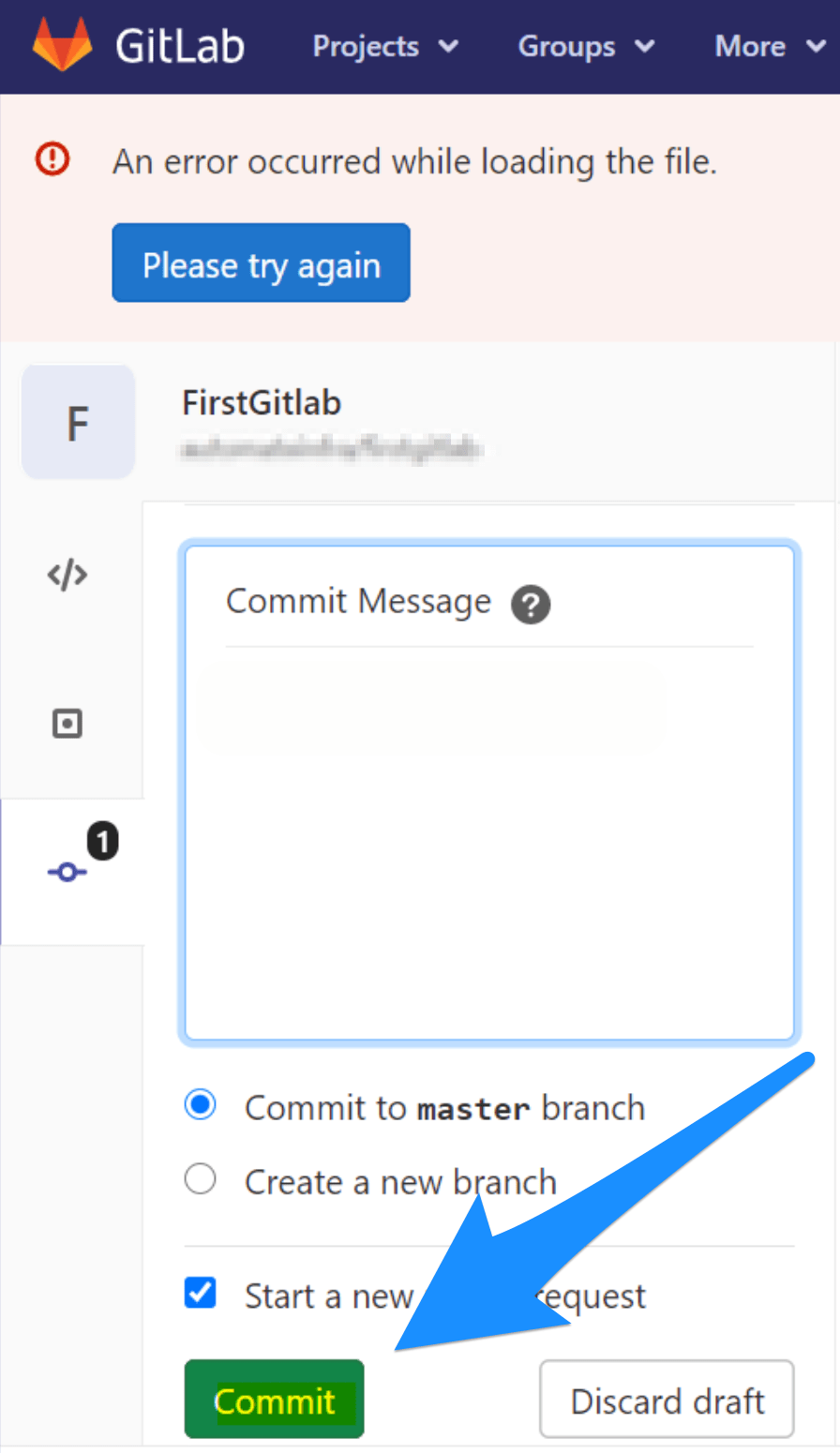 At this stage, we created a file that was added to the master branch by default. But if you want to create a separate branch, you can do that too.

So that’s how you get started with GitLab. The whole setup is relatively easy, but if you want more help, the company has published detailed resources to help users. Find them here.

We hope this guide helped you understand the GitLab Flow branching strategy better.

In a nutshell, GitLab Flow is a transparent and effective way to work with Git. Software development teams can use it to better collaborate on and maintain multiple versions of software in various environments. Not only does it decrease the overhead of releasing, merging, and tagging (interestingly these are common coding challenges devs encounter when using other Git workflows), it also makes code deployment relatively easier. Thanks to its flexibility to adapt to dynamic needs and ever-persistent challenges, teams of any size can use GitLab Flow.